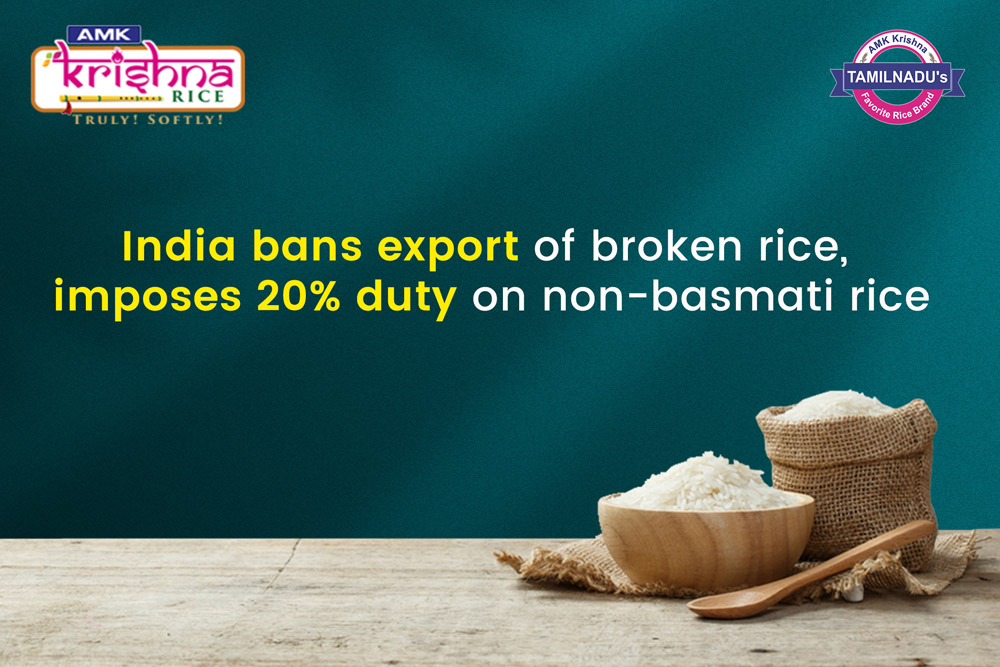 India has banned exports of broken rice and imposed a 20% duty on exports of non-Basmati rice except for parboiled rice to boost domestic supplies amid a fall in area under the paddy crop in the current Kharif season.

Some exports will, though, be allowed till September 15, including for where loading of broken rice on the ship has commenced before this ban order, where the shipping bill is filed and vessels have already berthed or arrived and anchored in Indian ports and their rotation number has been allocated, and where broken rice consignment has been handed over to the customs and is registered in their system.

The ban on exports assumes significance as it appears that the overall sown area under paddy this Kharif season could be lower than that of last year. This can have an impact on both crop prospects as well as prices going forward.

The area under the paddy crop has been down by 5.62 per cent at 383.99 lakh hectares in the ongoing Kharif season so far due to poor rains in some states, as per the latest data released by the agriculture ministry.

India, the world’s second-largest rice producer after China, commands a 40 per cent share in the global trade.

​Suggestion to improve this site to serve you better